I went to Valhalla Renaissance for it’s second weekend to work the Tarot-To-Go booth. I headed up Friday evening and checked in and looked over the booth. It was in a decent spot but it was dark so it was hard to say how it would go in the morning.

The next day Drew, Artemis and I organized the booth and it was a nice long booth with enough space to give each reader some privacy as we read for our clients. We were joined in the day by a new front desk person, Michele, who really encouraged couples to get readings together. i think we did more couples readings than we have ever done. They can be quite fun to see how each member of the couple sees the relationship and their parts in it.

My favorite reading of the weekend was the mother who had her 2 year old daughter “helping” her. The mother sat down with her daughter in her lap. As soon as the daughter saw the cards, her eyes focused on the deck and she just started drawing cards very gently. She touched the deck and slid the cards off the top and handed then to her mother. She was very calm and very quite as well as very focused. The mother looked at me as if she was concerned but I was enjoying the experience as the daughter seemed very comfortable pulling cards for her mom. After about 10 cards, which I read to the mom, we had the mom shuffle all the cards back together and had her draw the cards herself. She got about 6 of the same cards her daughter had chosen for her. Those were the ones we really focused on as they had come up again which to me suggested she really needed to look at those issues. It was kind of amazing how open the mom was to hearing the messages especially after her daughter had already picked those cards for her.

Sunday we closed up the booth and then gathered together to share our gratitude to our booth owner, Anastasia, for offering us the space to do readings for the faire goers. It so happened we stood at the four corners and put her in the middle and hugged her. It was like we each were a point on the pentacle and she was the heart of our band.

It was a great weekend and I look forward to the next time I get to read at a Renaissance Faire. I hope it is as enlighten as this weekend had been. 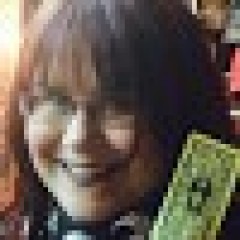